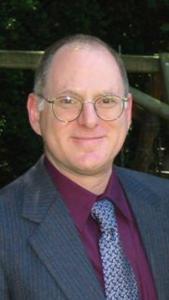 Mike has been in the music business most of his adult life, starting as a touring musician in 1978. After two years on the road, playing a lot of college coffeehouses, bars, and other less-than-glamorous venues, he found that he had more skill on the organizing end of things, and music-making moved to the back burner. (The reality was that Mike was better at getting booked than he was at getting asked back.) The next few years found him working as a booking and promotion manager for the Strand Theater in Ithaca, NY and as Executive Director for the Coffeehouse Extempore, a 275-seat folk & acoustic venue in Minneapolis.

Slipping into the role of booking agent at Maple Hill Productions in 1986 came quite naturally, since Mike had learned enough as both an artist and presenter to understand the people on each of the negotiations. Most of the years between 1987 and 2003 were spent working with Fleming Artists as a booking agent for artists like Greg Brown, Ani DiFranco, Utah Phillips, and Eddie From Ohio.

He started Mike Green & Associates in January of 2004 and has found the work both more challenging and more satisfying than ever. When Mike isn't working, he is often puttering in the family's vegetable garden, cooking, working out, messing around with his I-pod, or playing Settlers of Catan with some fanatical friends. He's been happily married to his wife, Lorel, since 1983. Their son, Jordan, graduated from the Culinary Institute of America in May 2005.